I think it’s part of the responsibility of an artist to shock, to upset, to make people think differently, and to surprise people. And that’s where the good humor is, if there’s a surprise and there’s something unexpected. Something that’s not normal, not in the realm of general living expectations. Bill Plympton

What is the history behind, and the meaning behind, Oregon’s regional strength in creating independent film artists? Where does this longstanding strength fit within the overall intellectual and cultural identity of the Pacific Northwest? 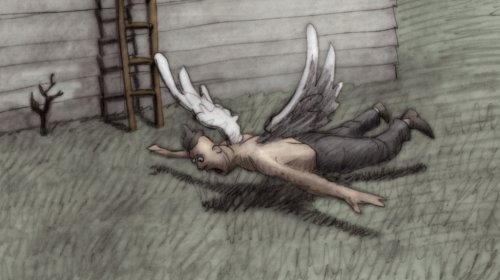 The conference is designed to showcase the complexity and diversity of Oregon film history. It is small in size, and designed to encourage interdisciplinary engagement, open ended conversation, and professional networking.

This year we focus on the intersection of music and Oregon film history. The day begins with a focus on the very first Oregon musician to perform on camera, and ends with an onstage conversation with an artist from Oregon City who uses music extremely sensitively in his films, two time Oscar nominee Bill Plympton. 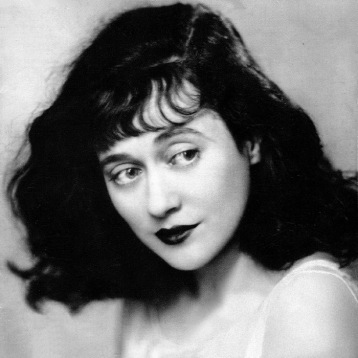 Lee Morse became a top selling recording artist in 1924. She appeared, as herself, in three early soundies made in 1930.  Dennis Nyback makes the case that Lena Corinne Morse (1897-1954), born in Cove, Oregon and brought up in Kooskia, Idaho, is the first recorded jazz singer.

Dennis Nyback‘s musical revue CAN’T WE BE FRIENDS? was adapted by PBS to YOURS FOR A SONG: THE WOMEN OF TIN PAN ALLEY in 1999. Nyback presented his paper on Morse at the 2010 Pacific Northwest History Conference. Master projectionist and film archivist, he is co-founder of Oregon Cartoon Institute.

Johnnie Ray was one of the first to make me really open my ears. That was like 2 or 3 years before Elvis. Rolling Stone Bill Wyman

Singer-songwriter Johnnie Ray‘s The Little White Cloud That Cried sold two million records in 1952. In 1954, he starred in THERE’S NO BUSINESS LIKE SHOW BUSINESS.  John Alvin Ray (1927-1990) was born in Dallas, Oregon, and grew up in Portland.

Anne Richardson‘s interest in Portland as a pop machine began in New York in the 1990s. She co-founded Oregon Cartoon Institute with Dennis Nyback in 2007.

Novelist Ken Kesey (Sometimes A Great Notion, One Flew Over The Cuckoo’s Nest) bought his first movie camera in 1964. In 1965, he began creating immersive art happenings which combined films with live music. Kenneth Elton Kesey (1935-2001) was born in La Junta, Colorado, and grew up in Springfield, Oregon.

Richard Gehr writes about music, culture, and pop culture. He is the co-author of The Phish Book and the author of I Only Read It for the Cartoons: The New Yorker’s Most Brilliantly Twisted Artists. From Portland, Richard now lives in Brooklyn. 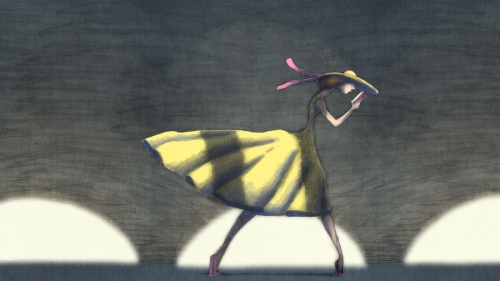 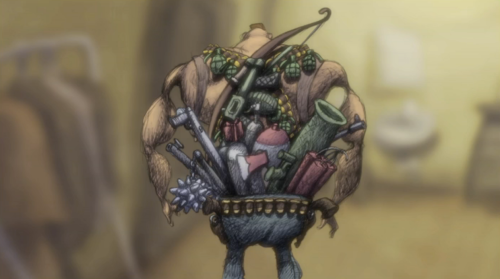 Bill Plympton‘s first hand drawn feature, THE TUNE (1992), was a musical. His fifth and sixth, IDIOTS AND ANGELS (2008) and CHEATIN’ (2013, above), have entirely musical soundtracks. No dialogue at all! Revered by animators and beloved by audiences around the world, Bill Plympton is especially treasured in France.

The Beatles played Portland during their second American tour. Alexander Benjamin Craghead will discuss the modernist masterpiece in which they performed, and describe the way it expressed the values and dreams of mid century Portland.

Alexander’s talk is titled “Your Precious Old Dumb Stuffy Coliseum”: Memorialization, Urbanity, and Democracy in 1960s Portland. The first half of the title is a quote from an angry fan who didn’t get into an overbooked Beatles concert.

Alexander Benjamin Craghead is the author of The Railway Palaces of Portland, Oregon: The Architectural Legacy of Henry Villard (The History Press, 2016). A historian of design and place, he is writing a dissertation at UC Berkeley on the American urban landscape.

Q: What intersection does the Beatles’ 1965 appearance at the Memorial Coliseum have with Oregon film history?

A: The connection is through Capitol Records, which sponsored the Beatles 1965 tour. Pinto Colvig (1892-1967), who performed the voice of Bozo the Clown, and Mel Blanc (1908-1989), who performed the voice of Bugs Bunny, Daffy Duck, and a host of other Warner Brothers cartoon characters, were Capitol’s top selling artists. Thus, arguably, it was the Hollywood success of two voice artists from Oregon which helped underwrite Portland’s only visit from the four lads from Liverpool.

After a day of discussions led by a film archivist, a music journalist, an graphic novelist, a production designer, and an architectural historian, a filmmaker will provide the introduction to our keynote speaker by discussing her response to his work, artist to artist.

Marne Lucas is an infrared video pioneer and visual artist working at the intersection of feminism, art, technology and health. Her filmmaking debut, the magnificently eerie THE OPERATION (1995), was made with Jacob Pander. Her most recent gallery exhibit, Bardo ∞ Project,  showcases her collaborative nature in a social practice endeavor on dying and legacy work.

Bill Plympton will join fellow Oregon filmmaker Jim Blashfield for an onstage conversation. Perhaps the conversation will include Bill’s thoughts on how he chooses the music for his films, his own intersection of music and Oregon film history.

The artist whose work is described by the NY Times as “mischievous, mordant, analytical, and ceaselessly inventive” is, in person, unfailingly polite, calm, and attentive. But it’s true – it is really fun to make him laugh.

Come see for yourself!

This event is free.

Here’s the link to registration form.

Registration is required. Seating is limited. The conference is free, but participants must supply a qualifying affiliation with a non-profit organization (school, museum, historical society, etc.). First come, first served.

Word to the wise: In the middle of the day, we take time out to salute our film history heroes. Last year, the Elmer Buehler Award For Film Preservation went to Sheldon Renan. This year it will go to  Heather Petrocelli. Traditionally, the ceremony includes cake for all.

For those unfamiliar with Elmer Buehler, the patron saint of film preservation, Bonneville Power Administration film archivist Libby Burke, will give an orientation.

“Heroes are not giant statues framed against a red sky. They are people who say; This is my community, and it’s my responsibility to make it better.” Tom McCall

Oregon Cartoon Institute thanks Kinsman Foundation for their support.

A special shout out to Fellene Gaylord, of Sirius Media! Thank you, Fellene.

The fifth annual Oregon Film History Conference was made a success by the following participants: