So invested am I in the belief that Sometimes A Great Notion would make an excellent mini series that I have gone to the trouble of assembling a dream cast.

Restoring Indian Jenny to the plot would make an honest miniseries out of a Sometimes A Great Notion, and communicate both the novel’s social and psychological complexity, and its epic sweep. I propose Irene Bedard to play the beautiful small town prostitute who falls in love with the young logger Henry Stamper, and whose thwarted union with him provides the narrative engine for the rest of the plot.

See the rest on Oregon Movies, A to Z…. 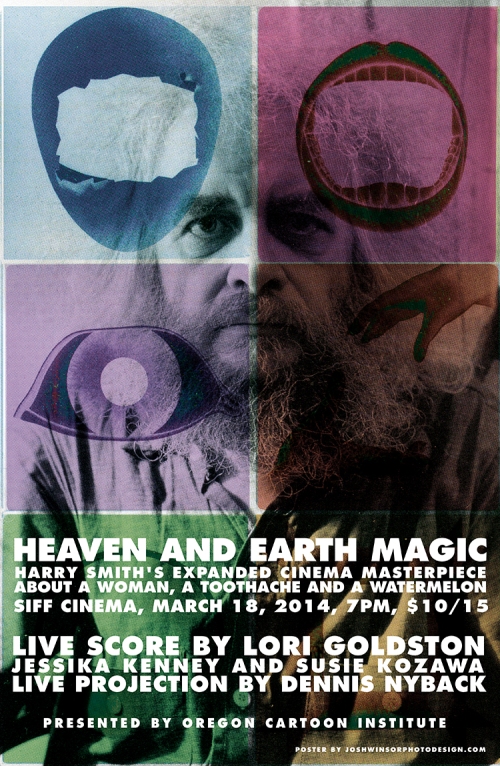 You will be able to buy tickets for the event at SIFF Cinema online, but they haven’t gone on sale yet.

Between Harry Smith (born in Portland) and James Blue (raised in Portland), I am up to my neck in mid-century Oregon genius. Later that week I take a paper on Harry to the Society of Cinema and Media Studies conference. If we can swing it, we hope to do a tour of Harry Smith’s Seattle, as we did in Bellingham.