When Tim Smith began making films in 1968, he was in junior high school. The quintessential independent, he wrote, directed, produced, edited & sound edited his own work. Should we call the films he made for the next eight years “student films”? One problem with that – he had no teacher. He taught himself.

Fifty years later, Tim Smith is having a moment.

In early November 2018, the 45th Northwest Filmmaker’s Festival is screening THIS IS PORTLAND (1971), from Smith’s high school filmography.

A month after that, the 20th international AMIA Conference will screen THE CASE OF THE KITCHEN KILLER (1976), a film Smith made shortly after graduating high school. 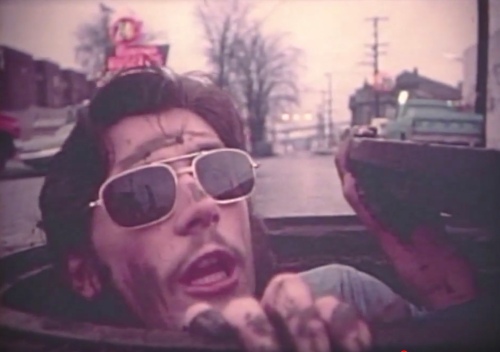 James K. Angell III, as Dwayne Dwight, in Tim Smith’s THE CASE OF THE KITCHEN KILLER (1976)

Smith’s very first films experimented with stop motion animation. When he moved to live action, he chose parody, a genre well matched with his limited resources and non-professional, although very game, actors. In a quartet of no-budget shorts made between 1970 and 1976, each cheekier than the last, he sent up biker films, travelogues, drug scare films and true crime films. His “look, Ma, no shooting permits!” camera roams the city, while his sound design, increasingly complex over the years, adds a layer of sophistication to filmmaking which, purely on a visual level, was already restless, improvisational, ambitious, and cinematically astute.

Smith’s informed ridicule of genre is immensely entertaining. In DRUGS: KILLERS OR DILLERS, all drug users, from the beginning of time, jump off the same bridge. In THE CASE OF THE KITCHEN KILLER, a mother threatens her son with a rolling pin, and he fights back with an eggbeater. In THIS IS PORTLAND, a close up of a nose inhales an empty rose bush. If it sounds silly, it is. Wonderfully silly is difficult to achieve, and fun to watch, in much the same way skateboarding is. 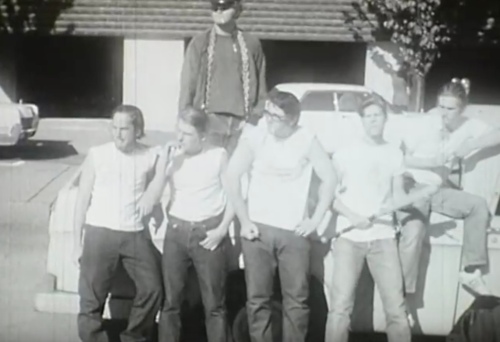 Bemused by our interest in his high school work, Tim Smith tolerated our questions about it for a 2006 TBA Festival project, The Portland That Was. He sat for an interview for that project, and donated, uncredited, his labor as cameraman for another interview in the project, with musician James Hawthorne.

A: His choice to work with actors is distinctive. Animation was the more popular choice among Portland independents. The two most popular genres for beginning filmmakers in Portland at that time were animation and documentary. Tim chose neither. His location shooting preserves on film the scuzzy downtown Portland which predates the bus mall, the streetcar, and MAX. In Tim Smith’s Portland, Pioneer Square is still a parking lot. Gus Van Sant later would re-create this time period via careful art direction in DRUGSTORE COWBOY (1989). 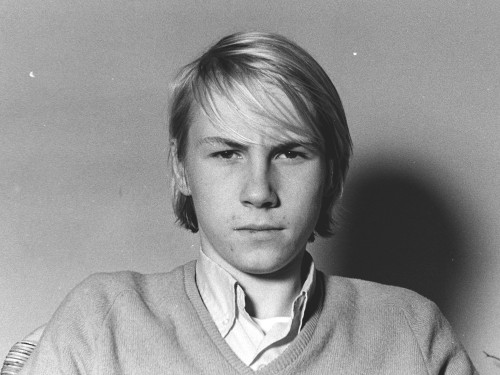 Young Smith scowls at the camera. 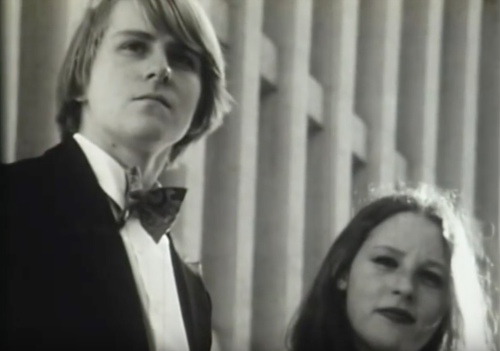 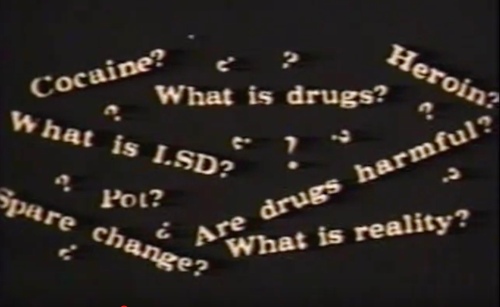 Tim Smith’s films are now part of the Oregon Historical Society’s Davies Family Research Library. A musician himself, Tim Smith transitioned into a career as a sound editor before retiring from the film business entirely. He is currently working on a comic book – in German!